Three Mistakes Well-Intentioned Meeting Leaders Make, and What To Do About Them

I can tell within minutes of walking into a meeting if there’s a gap between what an organization claims to value and what the people in it actually experience.

Everyone in the organization *says* they’re committed to social change… but the same old power dynamics keep showing up.

Passionate, skilled people leave the meetings frustrated and confused, not really sure what just happened, or why it seems so hard…

Does that sound familiar to you?

Three Mistakes Well-Intentioned Meeting Leaders Make, and What To Do About Them

Here are three “mistakes” meeting leaders make, in spite of their visionary intentions. See if these (possibly surprising) habits sound like you (or the person who leads your meetings):

1. You don’t interrupt fast enough. You tell the group what you expect and what you’ll be watching for. Most people need reinforcement to understand these expectations – just hearing you say it is not enough. The moment the first person speaks outside of the boundaries you’ve said you’re going to hold, you have a choice: either you jump in immediately and show the group that you meant what you said, and they relax into trusting the explicit structure, or you let it go, and everyone learns that you didn’t really mean what you said. Many meeting facilitators don’t have the skill or confidence to interrupt in a way that is both caring and clear, so they don’t interrupt. The irony is that prioritizing the short term comfort of the one participant you would have interrupted actually means that you are no longer caring for the group as a whole.

What can it sound like to interrupt fast enough?

“Henry, hold that thought, right now we’re only hearing from the three people who are leading tonight’s event.”

Rather than: waiting ’til Henry takes a breath so it feels gentler.

2. You’re afraid to make unilateral decisions. Leaders in mission-driven organizations really care about people – that’s why they do what they do. But caring about people doesn’t mean that you have to include them in every single choice in a meeting. When you are holding the role of the facilitator, you need to be vigilant about only inviting people to put their (finite) attention somewhere if it is necessary for the purpose of your meeting. People relax when they are clearly told which choices they have and which they don’t. Sometimes the facilitator needs to gather any relevant information and then MAKE THE DECISION on their own.

“Ok, so from what I’ve gathered, we’re going to set aside the web campaign for now and focus our remaining 30 minutes just on planning Tuesday’s training.”

Rather than: “How do people feel about setting aside the web campaign?” or “Let’s take a vote about what we spend our remaining time on.”

3. You invite the “wrong” people to stretch. Many middle class white people wonder why people of color and working class people don’t stick around in their organization. If I’m leading a decision making process, and most of my colleagues are for a particular decision, I might think it’s a fair decision. Actually, if one person will be so uncomfortable that they will leave the group if we decide to do it, but everyone else would only be mildly inconvenienced by doing something else, then I want the majority to accept mild inconvenience rather than exclude the one person who wouldn’t be able to tolerate the decision. Often the person who would be excluded is the one who is the target of the most systemic oppression.

“Given that we would lose Alexa if we went with this decision, I’m asking the rest of you to bear the discomfort of making this other choice for now.”

Rather than: “Well, the majority voted to go with this decision. Sorry, Alexa.”

These are just 3 out of 9 common habits I see facilitators get tripped up in over and over again.

If you’re a meeting facilitator, did you recognize yourself in any of these? If you participate in meetings, do you know a facilitator who might like to read this?

Meetings aren’t the only place where work happens, but they’re a big one. These seemingly small snags can hold your organization back from having the impact you want.

With focused support to address these (totally understandable) mission-sabotaging habits, you can set your organization on the path to some really big long term shifts. Investing in meeting facilitation skills is an efficient way to boost the effectiveness of your whole organization.

In these times of accelerating change… do you want to boost the impact of your school, organization, company, or group?

Sign up for a half day “Make Your Meetings Match Your Mission” Pivot Point Session. 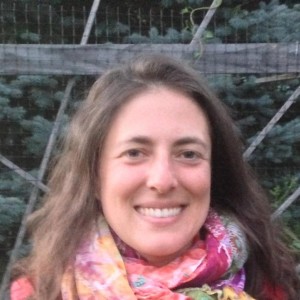 Amanda Blaine supports leaders of organizations to run their business or team in a way that matches the growth they've experienced in their personal life.

Amanda Blaine supports leaders of organizations to run their business or team in a way that matches the growth they've experienced in their personal life.

Let me give you a taste of what’s possible.

Is Your Business Partner Driving You Crazy?

(which can also apply to anyone you work with)

Not sure if this is the right place for you?
Check out if any of these situations sound familiar.

Not sure if this is the
right place for you?
Check out if any of these situations sound familiar.
Yes Please!
NextThe Revolution Needs Better Collaboration: A Facilitation Course for Change AgentsNext

Let me give you a taste of what’s possible.

Is Your Business Partner Driving You Crazy?

(which can also apply to anyone you work with)